On Tuesday 8 May Google hosted the APG Thinking Around Corners event at their Soho HQ. The evening saw Martin Weigel, Head of Planning at Wieden + Kennedy, and Richard Shotton, Deputy Head of Evidence at MG OMD, sharing their thoughts on two hot topics within the planning community:

In addressing the first question, Richard Shotton kicked off by exploring the concept of overcoming confirmation bias. He used examples from psychological experiments to illustrate some handy tricks we can employ when trying to get people to entertain facts that don’t accord with their world view.

The first is to distract people. Apparently distractions diminish the brains ability to come up with counter arguments, which is one of the reasons insinuation and association works much better in persuading people than rational messaging.

The second is to target people when they’re going through ‘moments of temporal discontinuity’ or, in layman’s terms, a change such as a birthday, a new job or simply the beginning of a new month. These are moments when personal identity is in a state of flux, making it easier for people to reconsider their engrained attitudes and opinions, and take on a new perspective. 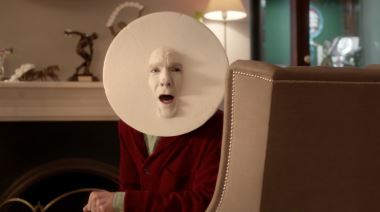 The final trick wasn’t really about overcoming confirmation bias but rather a way to circumvent it. ‘Triage’ is about discounting those that aren’t ever going to buy your brand, shifting focus from those that are going to buy it anyway, and focusing on the people in the middle who might consider the brand but aren’t currently customers. This is the same approach medics used to employ when treating people on the battlefield (deprioritise those that will definitely die, leave those that will probably live, and focus finite resources on those that need attention in order to be saved).

Martin Weigel took a different approach, arguing that you shouldn’t go into conversations (particularly with clients) trying to seek agreement, but instead should try to understand their point of view. He encouraged us to think of ourselves as therapists for the client; considering their personal needs and where their opinion is coming from. 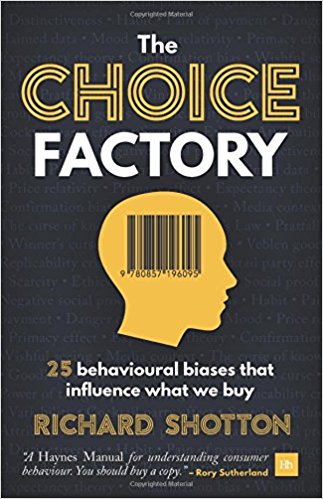 We then moved on to the second question – how do we get the risk adverse to be brave? Shotton argued for the importance of distinctiveness, and how this is often forgotten or talked about in unconvincing terms (‘you should zig where others zag!’)

He also pointed out that there’s a crucial difference between what ‘the business’ wants and what ‘the employee’ wants. ‘The business’ wants strong long term growth, whilst ‘the employee’ wants to avoid messing up and hopefully do something positive. This means that they often put themselves before the work when it comes to making decisions for the brand.

In line with this final point, Weigel chose to focus on how ridiculous it is to ask the client to be ‘brave’, because it requires them to put themselves and possibly the business on the line. Instead he champions selling work on how it’s the right, sensible choice (even if it’s unexpected, wacky, challenging and/or confrontational). Because if choosing to go ahead with a campaign like this is the ‘right’ decision for the brand, it can’t also be a ‘brave’ decision. It’s actually the most sensible step forward.

Overall this Thinking Around Corners event was pacey, engaging and surprising. We went away with a lot to think about!