Lies and why we tell them

Pauline McGowan waxes lyrical, once again, on her favourite topic.

One of the most difficult reality checks a researcher faces is that human beings are innate liars. Timothy Levine, the chair of communication studies at the University of Alabama, has run some well-constructed studies and while they are based on self-reported lies, they have been repeated and cross referenced. He has found that on average people lie one or two times a day. We know that this is most likely an underestimate because Dan Ariely’s* many experiments show that we lie about how much we lie by around 25%! The fear of getting caught out and societal censure are great inhibitors.

Most lies are told for a very good reason; to create a positive outcome that would not be enabled by telling the truth.

Levine outlined four categories of lying with the two biggies being to protect ourselves or to promote ourselves. There are two others; to affect others, (ranging from altruistic protection to sadistic hurt) and a general ill-defined category where lying is more pathological, deeply rooted and has no substantive benefit – the act of lying for its own sake.

So we are all programmed to lie, a fact that sits uncomfortably with another human trait; we are also programmed to believe that others are telling us the truth.

So what does that mean for researchers who listen to people every day and advise upon decisions based on those responses? There is a general point that we just need to maintain a healthy dose of scepticism about everything we hear. But we could also get more creative in order to find techniques which can a) prevent lies from being told in the first place and b) detect lies when they are told.

For survey research it may be a good idea to have time limiting responses which gives people less time to lie. Truthful responses tend to be instinctive and spontaneous. It requires more effort, time and imagination to concoct an ‘alternative truth’.

In qualitative research we are of course able to observe body language. The psychologist Lillian Glass talks about signs of lying being a concentrated stare, sitting or standing stock still, covering the mouth, repeating words and phrases, too much detail etc. We also know it takes energy and mental strength to maintain a lie so we can merely keep asking questions in different ways to determine consistency of response.

And indeed we can probably learn a lot from the reason behind the lie as well as understanding the truth. 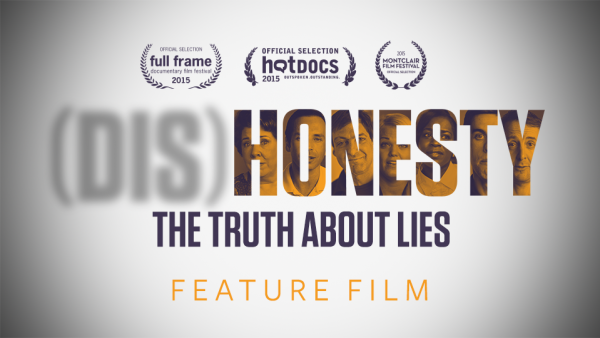 *Check out Dan Ariely’s brilliant documentary on Netflix called (Dis)honesty: The Truth About Lies (and then you can say you’ve read his books!)