The APG conference took place this year on Monday 8 October at the Royal Institute in London. The day consisted of seven engaging and wide ranging talks, delivered by speakers including a psychologist, a police officer, a lawyer and an organisational change expert. Here’s the Nursery’s round up of the day’s offering:

Professor Nick Chater – The Mind is Flat
Professor Nick Chater kicked off the morning with his explanation of mental processing. Chater believes that far from having pre-existing motivations and reasons for our behaviour, we simply come up with them on the spot in order to explain our choices. These justifications are based on a bank of previous experiences, rather than any sort of reasoning, preference or mental depth.

Tor Garnett – Police Now
Next attendees heard from Tor Garnett, a Superintendent at the Met Police. Among other initiatives she discussed, Garnett described the Police Now programme, which encourages graduates to spend two years in the police force before moving on to other things.

Police Now was devised in response to the perception of policing as a ‘vocation’ which you should therefore feel committed to for a lifetime. Being a police officer quickly becomes a defining part of your identity; and traditionally if you leave the police, you’re seen as being ‘unable to hack it’. Garnett wants to challenge this perception, making policing a more flexible and accepting profession.

Nils Leonard – Founder of Uncommon
Following this, Nils Leonard, formally CCO of Grey LDN, explained to the audience why he founded Uncommon London. Building brands that people in the real world actually wish existed is his passion, and he thinks it’s key to do something that you’re passionate about. Without this it’s difficult to find the drive necessary to be truly creative.

Clive Stafford Smith - Human Rights Lawyer and founder of Reprieve UK
Stafford Smith rounded off the morning. He took attendees through some of his work defending people on death row in the US, including explaining the flaws in DNA analysis and how the legal system is often tied to habit and tradition rather than what is actually rational. 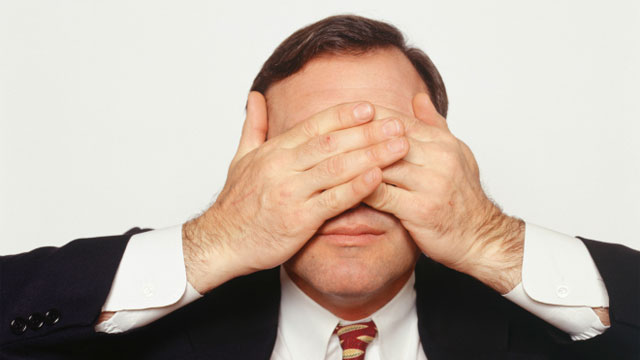 Margaret Heffernan – Wilful Blindness
In the afternoon session, Margaret Heffernan, speaker, author and lecturer, was the first to share her thoughts. She explained the concept of wilful blindness: when there’s an opportunity for knowledge, but it’s ignored. Whilst the concept could be applied to ‘Good Germans’ and abuse in the Catholic Church, she believes it can also be applied to the failure to see creative opportunities that are staring people in the face.

As an example, she spoke of the employee focus. When we go to work, our focus shifts, she says, from wanting to be a good person to wanting to do a good job. This invariably means being obedient, a desire that is compounded by the human preference to be wrong over being isolated. In this way, organisational structures do not encourage people to think for themselves, the workplace becomes a machine where everyone has their function. This is what’s to blame, she believes, for things like Google’s lack of headway in the social media space. She thinks Google employees may have missed an obvious opportunity because they were blinkered by their assigned roles and responsibilities.

Mark Ritson and Martin Weigel – Understanding your audience
Heffernan was followed by Mark Ritson, who ran the audience through a ‘Brand Management 101’ of sorts. When it comes to managing your brand, he believes strongly in the traditional structure of diagnosis -> strategy -> tactics. He feels that many brand managers are currently unwilling or unable to implement this, skipping straight to tactics (comms and channels) and not giving enough time to market orientation or developing a strong, solid strategy.

Before a short Q&A and closing remarks, we heard from Martin Weigel from Wieden + Kennedy Amsterdam. Weigel discussed how advertisers have become too removed from the consumer, and called for a better understanding of the audience. 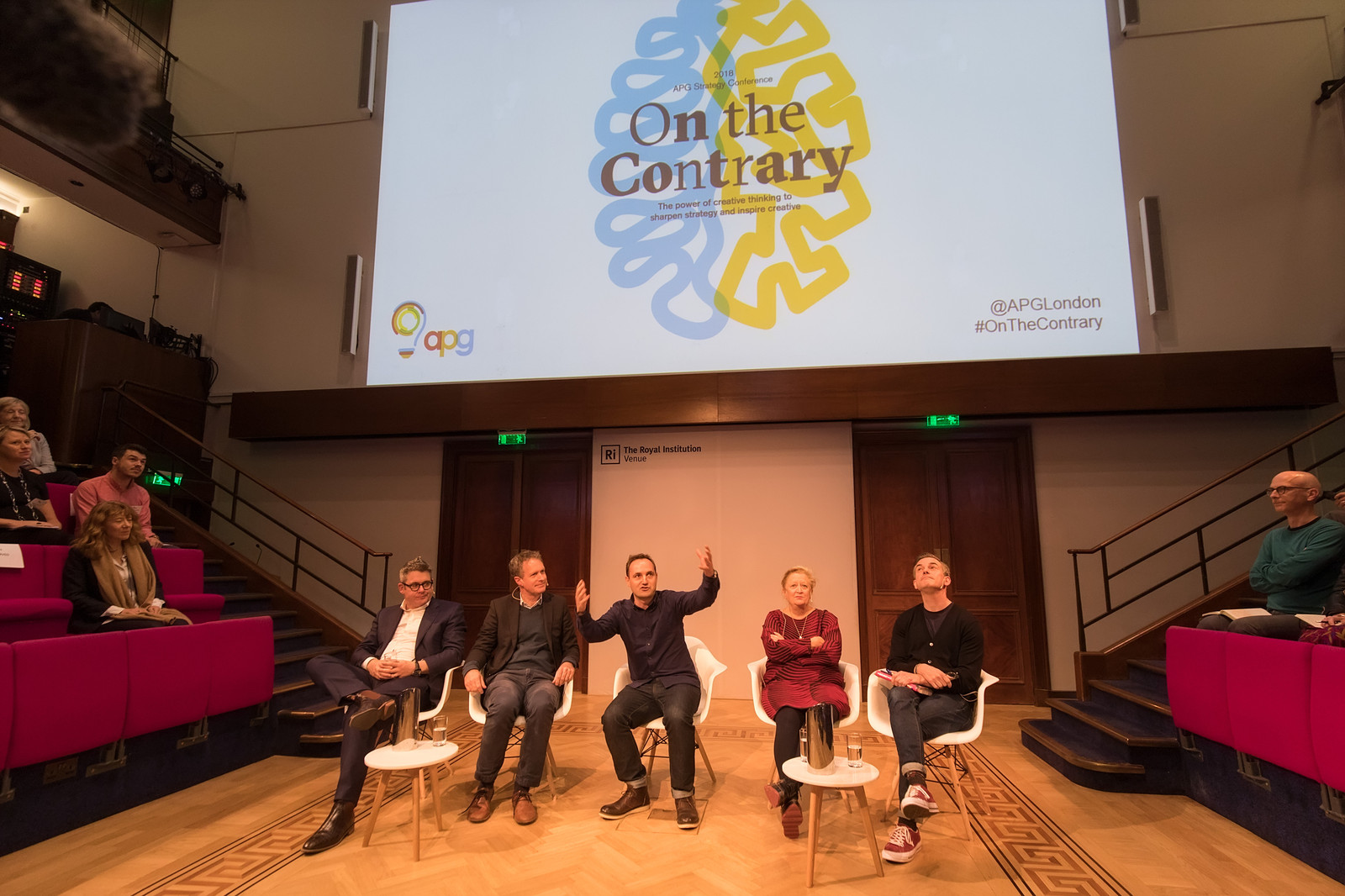 Final Thoughts…
Overall the APG conference offered a full-on day of ideas and approaches, challenging attendees to think again about their ingrained ways of doing and thinking. It was particularly key to have a range of speakers from outside the industry as it really brought fresh perspectives and different ways of thinking to the day. It reminded us how much we can all learn from going outside our own experience; so much can be helpful and applicable when we look at human behaviour and ways of thinking from a different view point.