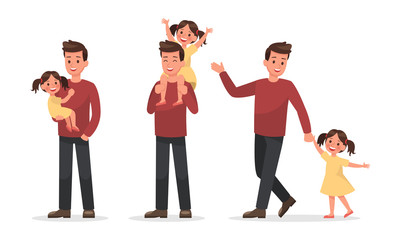 What we previously knew as normal has well and truly gone, certainly for now, and the vast majority of us will have been at home now for almost two months. Now we all love being at home, spending time at home with our family and getting home after a long/stressful day at work. But when we were first told that we had to almost permanently stay at home; to work from home, that almost all places you used to travel to visit, socialise, exercise, eat, or shop at would be closed, or that you couldn’t go and see your family and friends, your first reaction may well have been a mixture of shock, fear, and uncertainty as to how you would cope (all whilst reaching for the nearest alcoholic beverage…!).

You may have thought you’d just be bored, or go stir crazy – living and working in the same place all day every day, not seeing anyone other your nearest and dearest and getting on each other’s nerves all the time.  Sure, we have Netflix, or Prime, or Disney+ to keep us entertained; we have WhatsApp, Zoom, and now HouseParty to stay in touch with people, and fortunately we are still allowed out to exercise and go to the shop for alcohol essentials. But we still worried about how we would cope.

I was no different, but it turns out that being at home is actually ok.  Life is ok.  The world hasn’t ended.  However restrictive life may fill in some ways, there are so many opportunities for you to do or to learn things that you may not have done before or thought of doing but never got around to.  What I’m trying to say is don’t focus on the negative of what stay at home means, focus on the positives, and you’ll get more out of this strange time than you realised.  For one, I get to see my daughter all day, every day as she grows up.  Now that’s pretty special don’t you think? Ok so its hard work. And challenging. And tiring! But I like to think I’ve made good use of this time and I have learnt a lot.   Here’s some highlights of what I've learnt about/from my daughter, myself and life in general:

So what's the message from all of this? Well these may be completely unique, uncertain, stressful times for everybody. We're used to having separation from our work and our home but now for so many, that is unavoidable. But being at home need not be, and in fact should not be a negative. We may not be able to go out and see the world at the moment or in the foreseeable future, but every day we can embrace and enjoy what really does mean the world to us. And for me, right now I'm seeing my little girl develop and grow at a rate of knots right before my very eyes. OK, so I might be going through the full range of emojis on a daily basis right now. It may be hard and upsetting to explain to a little girl why she can't go and play with her cousins. But for every hissy fit or tantrum there is a spell of uncontrollable giggling and laughter. For every bruise I receive, there is mastering a new little skill which makes me smile. Circles are becoming rounder, squares squarer and pictures of mummy and daddy now have a proper body rather than just a stick one. I may not be doing much research at the moment, but I am definitely still learning.

I'll return to what I said above. These may be unique and difficult times. But don't fear them, embrace them. You'll find out a lot about those closest to you and yourself. You may never actually get as much time to spend as a family like this again so don't waste it.

Right, I think it's time to take the turkey dinosaurs out of the oven now...