The Paradox of Tinder

Psychologist Barry Schwartz taught us that, paradoxically, the more choices he have, the less happy we are. Rather than enhancing our lives and allowing us to make the most relevant decisions, having more options can overwhelm us, and leave us feeling that the grass is always greener. As Schwartz says:

Yet even being fully aware of this paradox, I will still spend my hour lunch break fretting over which colour Nike tick to get on my new trainers. Are we capable of the self-control to limit our own choices, when there are so many options out there? And does our inability to choose also apply to our romantic lives?

In the last five years, internet dating apps such as Tinder have flourished, allowing people more choice than ever when it comes to who they date. However there are rising concerns that apps like these, and the choice they provide, are leading us to have less satisfaction when it comes to our love lives.

This isn’t to say that people don’t find true love through Tinder, lots of people are in happy relationships as a result of using dating apps. But the choice that dating apps offer can also be detrimental to our happiness.

For one, the process is time consuming, as it is impossible to know whether you will ‘click’ with someone until you have met them face to face. Dating apps are essentially adding an extra stage to the process of finding someone (where face to face becomes stage two instead of stage one), even though this process may well just as likely end with no tangible result.

Some also argue that dating apps actually discourage face to face interaction altogether. The sometimes ‘unnatural’ conversations had over messaging on the app can fizzle out before people even meet face to face (where they may have had more chance of hitting it off). Perhaps more seriously, it’s been suggested that when people do see someone they like in the real world, they are less likely to build up the courage to approach them, as they know they can find people online instead; after all, possible rejection is easier to stomach over the internet!

As well as being time consuming, the abundant choice they offer can lead to a ‘what if’ culture. Knowing that so many other people are readily available out there, we may not invest the time to get to know someone, or we may run at the first hurdle, rather than learning to overcome it. And while making our choice, we may be ‘filtering’ based on criteria we assign higher importance to our compatibility than it actually has (e.g. music tastes), with a closed mindset of those who are different from us.

Let’s not pretend that ‘Grass is Greener Syndrome’ only emerged with these apps; people were not living wholly satisfied love lives up until 2012. And there are certainly other factors at play here as well… for example, over time it has become increasingly socially acceptable to divorce and to have more sexual partners in a lifetime, both of which allow for a rise of ‘choice’. However, there is no denying that ‘swiping culture’ has dramatically increased the options of romantic partners we have, and amplified the repercussions of this choice increase.

So what can we do about this? Are we helpless victims of choice when it comes to romance, as we are with products? 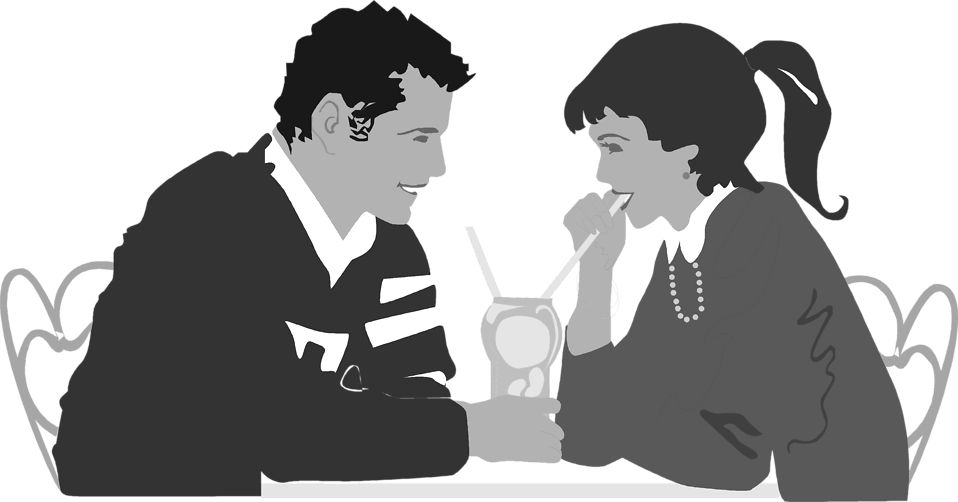 Perhaps not! Here are three steps to deal with abundant choice from Schwartz’s The Paradox of Choice, which we feel could also apply to romance!

1. “Reduce the number of options we consider”

For those with multiple dating apps, why not cut down to one, and limit your swipes? Strike up conversations sooner and get meeting face to face!

2. “Do not be tempted by the new and improved”

Learn to make the most of what you have! If you’re already dating /chatting to someone, spend the time to get to know them properly before jumping ship at the first hurdle. And give people the benefit of the doubt… does it really matter that they have never heard of your favourite band?

3. “Create our own choices”

If you can’t find people you like online, find other ways to meet your kind of people! If you like swimming, go swimming and strike up a conversation, etc.

I’ll stop before this starts sounding too much like a Cosmo article, but you get the idea…

And who knows, maybe simply limiting the swipes to three a day will make a difference!