Fantastical, free choice - why the site of Amazon's second US headquarters is of such interest

Late last year Paddy Power opened a book on where Amazon will choose to locate its second US (or rather, North American) headquarters, bringing with it 50,000 jobs, a surge of local optimism and a significant hike to real estate values.

Paddy Power’s action may not be any great barometer of significance, but the considerable number of column inches devoted to this topic has been avidly consumed not only in the States but in the UK as well. Part of the reason may be that this is not the kind of decision we will ever be confronted with in the UK. Yes we have moments of moderate corporate and civil excitement as towns compete to host the Commonwealth Games or become Cities of Culture. But nothing of this significance or on this scale – Amazon received some 238 bids from New York City to Stonecrest and including a handful of Canadian cities.

It is to Amazon’s credit that the process enticed so many power brokers which in turn gave rise to speculation over which city will ultimately be selected. From a researcher’s perspective, the decision-making process attracts. The objectives were clear and simple (as they’d need to be to attract nearly 250 bids) with Amazon having a stated preference for:

Beneath that, reports of further specificity have emerged including proximity to an international airport, effective local transport options and high quality higher education. Yet the overall sense is that there is plenty of wiggle room. “Stable and business-friendly” and the “potential to attract and retain” open up all sorts of considerations from incentives and favourable taxes through cost of homes and business space to the local climate and cultural amenities. Proximity to Seattle will almost certainly rule out several cities (even as far away, perhaps, as the well-qualified Denver) and the political situation has seen some commentators suggest that access to Washington DC could be an advantage, while others feel a move out of the States and north to Toronto is, if unlikely, not out of the question. Otherwise appealing options in Carolina could be compromised by some of the less than liberal local laws and customs. 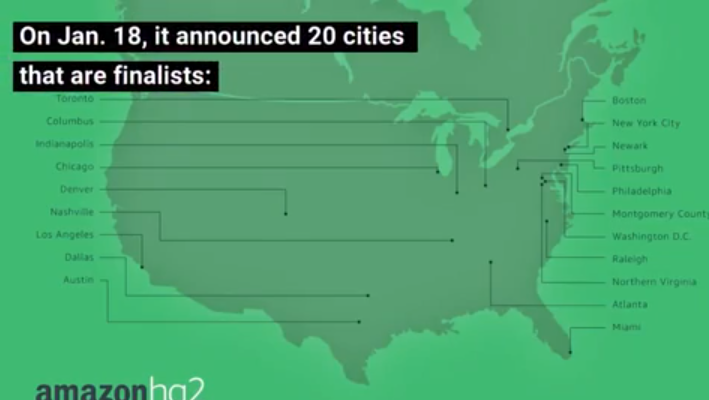 What’s unknown is how much instinct, innate preference and feel, those classic drivers of everyday decision-making, will influence the outcome on something of this significance. But it is surely fair to say that qualitative judgement will be critical. Brand reputation could see a desire to become truly synonymous with a particular city or be at the centre of a rejuvenation project (Detroit, anyone? Cleveland? (Update – apparently not with both failing to make the 20-strong shortlist published on 18th Jan.); there may be a desire to choose a town that feels emotionally aligned with Seattle; they may wish to eschew a conventional choice for something more creative and visionary (how about Nashville?) These softer ‘intangibles’ (a word that runs through all sorts of evaluative exercises in US popular culture) may be couched in data – it is Amazon, after all - but such can, of course, be readily manipulated in exercises of this kind.

The sense of opportunity, uncertainty and choice we have here is an antidote to a world where (voting) options and big decisions feel increasingly binary. And this is why the discussion seems to be capturing so many people’s imagination – what would I do if I were in charge? Its Monopoly meets The Apprentice meets Fantasy Football, a sort of entrepreneurial game of strategy that marries hunch and emotional bias with the need to account for objective arguments and the data that supports them. All overlaid with a healthy dose of wanderlust. Outputs of shortlists and league tables are media friendly and absolutely of the day. 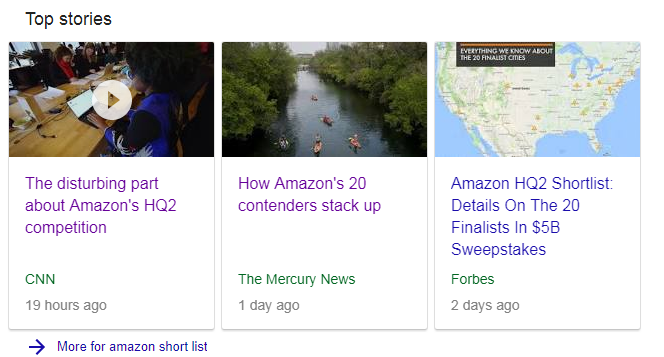 As for what the final decision will be, then if the above shows anything, it’s that it really is anyone’s guess. Atlanta appears to be a deserving favourite, while Austin (home of Whole Foods, recently acquired by Amazon) will surely come into consideration, as should the bigger, cheaper and well-connected, but less cool, Dallas - both benefit from favourable Texan business incentives. Boston has most of the desirable assets but is expensive. Chicago has the education and connectivity, Philadelphia too and with less local corporate competition; both face challenging fiscal conditions but these could surely be worked around. Pittsburgh’s recovery could be given a further shot in the arm though transport links may hold it back, while Miami could be a bolter to display that Amazon really is all-American while offering great inter-continental potential. It’s anyone’s guess and therein lies the fun.

Originally published on 12th January and updated on 22nd January